Firstly what a place and what a race. Frankfurt rocks on a number of levels.

The city and the people are absolutely brilliant. The food is great as is the beer (post-race of course). The quality of the field is second only to Kona. Lange, Frodo and Ryf towing the line tells you all you need to know about that. Finally the boy’s I went with made my trip that much more special. Scotty, Chris and Jonny, cheers fellas what a scream start to finish.

This trip wasn’t just about the race for me, obviously it was important to race hard and to the best of my ability, but as those who read the blogs will know this year hasn’t exactly been great, but leading into the race I’d had a good 6/7 weeks of training so there was a chance of sneaking into one of the 13 Kona slots but everything would have to be perfect, which as most of you will know very rarely happens in long course triathlon.

So let’s deal with the race first then the funnies. All the usual pre-race stuff went without a hitch bike recce in the car had us really excited seeing what looked like a fast course. German efficiency ensured the split transition was easy with loads of shuttle buses to jump on. The lake was amazing. Me and Scotty swam in there on the Saturday in tri shorts and it was warm and Chris saw something he will never forget (more of that later). I was actually hoping for a non-wetsuit swim worried about overheating.

Nothing changed on race morning ,breakfast at 03:30, check. Down in hotel reception 04:00, check. Passed loads of drunken Germans en route to shuttle bus, check. On bus to swim venue in time for transition opening check.

As always having a track pump in T1 makes you a target for mugging even though IM had provided plenty chained to the fences. We were a little tight with ours until all the boys had sorted themselves out.

We had a lovely warm up in the lake prior to the start which was when I started to worry about the heat of the lake. Literally a couple of hundred meters of swimming confirmed that I was gonna be way too hot in my wetsuit. On the bright side there was a lovely timed rolling start (once I figured out which pen to be in) it took me 3 attempts much to the amusement of Chris, so no beatings for me during the swim, WRONG. The whistle went and it was a slug fest. I can honestly say that the first 1500m loop was awful. Why do people drafting what to put their hands all over your feet and calves. Newsflash it ruins the draft!!! Add to that the heat of the lake and the sun on the return leg and a slow swim was on the cards. The second lap I got a bit of clear water so only the heat and the sun to deal with. The only disappointing thing about the second lap was seeing athletes cut the last corner, shortening their swim by a few hundred meters. Out of the swim in 1:11 disappointing considering how well I’ve been going in training. Still a fast T1 though

Now to the bike, the bit we had all been waiting for. The roads are mega the crowds in the towns and on the climbs are loud and big, the smell of beer and sausages is apparent through every town (undecided if this was good or bad). The negatives were out of everyone’s control. Wind and sun with not a cloud in the sky. The aid stations were brilliant loads of choices from a nutrition point of view and even more volunteers. The hills on the bike are nothing to write home about. The Beast was the first one we tackled with no problem. Hell is a pain simply because it is on cobbles; all I could thing about was my bike getting a right hammering. Finally Heartbreak Hill is steady enough with tons of spectators on there so they put a smile on everyone’s face. In-between all this the course if pretty undulating with lots of fast sections. The issue for us was the 40 miles of head winds making the bike a little tougher than we expected. Additionally the course was 115 miles long due to a trip into a little town on both laps. I simple got my head down stuck to plan both power and nutrition and felt really happy for 90% of the bike, something I will take on any Ironman. I have to say I have never seen so many motorbike officials on a race which was excellent. I saw at least 10 people correctly yellow carded and every penalty tent had at least 10 athletes. As anyone who has ridden a fast course will know, drafting in the age group race is a real problem!! So bike done in 5:19 without killing myself.

Another fast T2 and let the fireworks begin, onto my favourite bit the run, I’m gonna rocket round this pan flat course, its made for me. Legs say NO. NO, NO, NO, NO. What a shocker, more like a fading sparkler!!! The Garmin died again but it didn’t really matter. After the first 3 miles it became pretty apparent that the run was gonna be a switch off and survive type of deal, something I haven’t had to do since Kona 16. 35 degrees wasn’t really an issue. The crowds from start to finish were the best I have ever seen on a run course, all the nutrition was going in with no issues, but despite all this the legs just wouldn’t co-operate. The highlight of the run was seeing Scotty looking really good after a 5:09 bike split and seeing Paul Lunn ripping up the course on his way to second in our age group and another trip to the Big Island. As for me well the pace never really picked up or slowed I dug in and came home with a very average 3:25 marathon split.

I ended the race in a time of 10:07 and 23rd in my age group, way off the top 13. Yes it was a mediocre day for me, but after a chat with the lads and Ian I feel this was about just being out there and racing to the best of my ability at that moment.

So there you have it, not one of my greatest races but one of my favourite trips cheers chaps 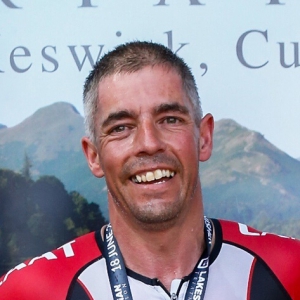 Love the so funnies section. Especially point 5. I too am obviously not down with it either. See you at Wales Joe looking forward to a beer with you and the lads.