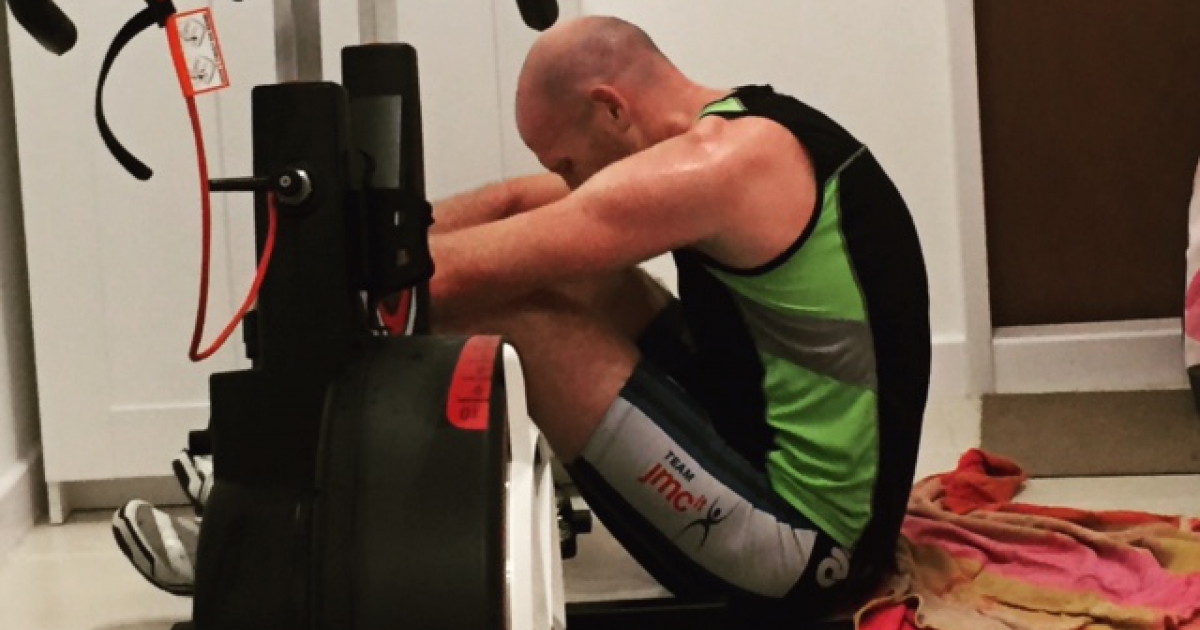 In October this year I started back on the Ironman training path having had a two year break from the triathlon scene.

For many years my training sessions had always been unstructured, I would often train until something ‘broke’ leading to either exhaustion or injury. My training mentality at the time was simple….’more’ is better, ‘harder’ is better, keep training hard every day and you’ll get fitter…I was wrong, very wrong!

I would run for hours on the fells with no purpose, I would cycle at one pace for hours on end and I would swim 1 mile every session in the hope each time I would swim faster. Each year would be the same routine, enter an Ironman, thrash the body in an unstructured way, get an average result, feel pissed off and then enter the next race. After a crash at the Outlaw triathlon in July 2015, which saw me being carted off to Nottingham hospital, I decided I need a break from the sport. Fast forward two years and things are very different.

My good friend Joe Duckworth recently set-up a triathlon coaching team called Limitless Triathlon. He has consistently and successfully competed in triathlons for many years now, specifically at Iron distance racing. As a group of friends we have supported Joe and witnessed some great performances including his races at Kona, winning the Lakesman and representing GB at international level where he won the European age group title. Having completed his coaching certificates in 2016, Joe is now passing on a lot of his experience and knowledge to help people achieve their racing goals. Also teaming up with Joe at Limitless is another international and hugely successful triathlete, Ian Roberts.

Ian specializes in ‘short-course’ racing from Sprint, Olympic and Half Iron distance but would be able to help athletes achieve their goals at whatever distance and has had many successful years in the sport, winning many titles in the process. Along with Joe, Ian has numerous coaching qualifications one of which is also the Level 2 triathlon coach and the experience that the two coaches offer make for a formidable combination. Both coaches live and breathe triathlon and all the athletes at Limitless are seeing the benefits of their enthusiasm and training/racing experience.

I have been following a structured training plan from Joe for two months now. At the start of the training plan I had a number of tests to get an idea of thresholds for swimming, cycling and running. Once these thresholds are identified then each session is set with specific targets. Joe sits down with each athlete to ask which specific areas they are looking to improve upon. The key areas that I was looking to improve upon are swimming and cycling. Joe sets my sessions on Training Peaks and is in constant dialogue with me asking how I’m feeling, how the session(s) went etc. I have been following a specific plan and training consistently for two months now. I’ve followed the sessions ‘to the letter’ and have stayed, injury free but more importantly I’ve made some very BIG gains.

A 40 second improvement over a 400m swim and 40 watts improvement over a 20 minute FTP Wattbike test in just two months is extremely pleasing. I’ve already learned a lot about structured and consistent training however the biggest learning point has been the importance of ‘rest’. Rest week is as important as the training itself to let your body adapt to the previous week’s training load.

As we move in to 2018, I am really enjoying my training, being part of a great team and looking forward to racing again.